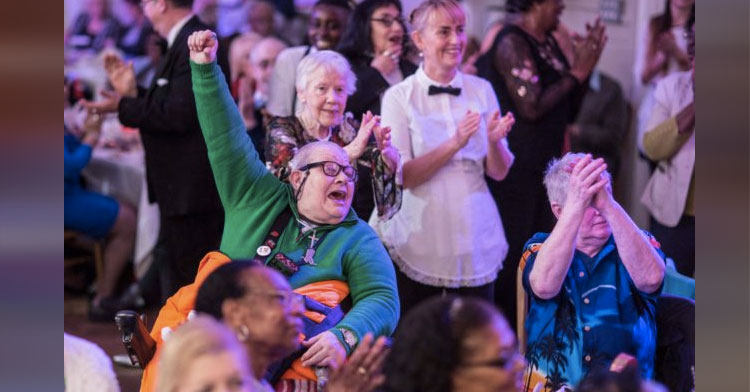 Elderly Nightclub Fights Loneliness With Tea Parties ? And Raves!
Simon Casson got into the nightclub business in 1995, when he and a group of performance artists held an event in a south London pub. In the years since, this London-based Duckie, has brought his performance to backstreet pubs and posh theatres; traveling everywhere from Berlin and Greece to Tokyo and Australia.
With such a busy schedule, you wouldn’t think they have much time for people in their 60s, 70s, and beyond. But they decided to expand their operations back in 2011, when Simon’s mom moved to a new city at the age of 80 and found herself isolated.
He and his sister, Annie Bowden, came up with the idea of throwing her a vintage tea party and invited a couple of her elderly neighbors. A bigger party soon followed, and the idea gradually gelled into “The Posh Club”.
https://www.inspiremore.com/the-posh-club-helps-elderly-fight-loneliness/
http://theposhclub.co.uk/