According to Allela, his inspiration to build the technology was inspired by the need to communicate with his 6-year-old niece who was born deaf.

Allela disclosed that his niece found it difficult to communicate with her family since none of them understood sign language.

The gloves – named Sign-IO – have flex sensors stitched on to each finger. The sensors quantify the bend of the fingers and process the letter being signed.

The gloves are then paired via Bluetooth to a mobile phone application that Allela also developed, which then vocalizes the letters.

“My niece wears the gloves, pairs them to her phone or mine, then starts signing and I’m able to understand what she’s saying,” Allela stated. 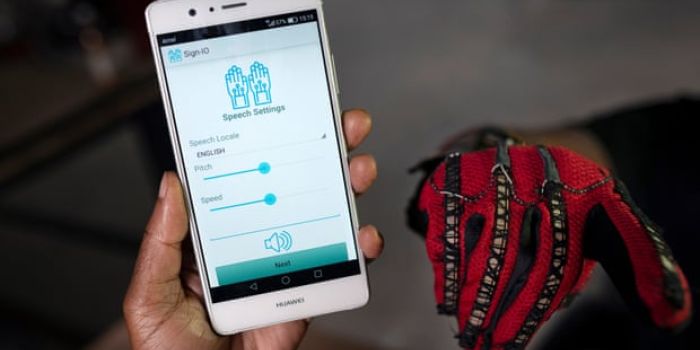 https://www.kenyans.co.ke/news/35728-roy-allela-develops-app-communicate-6-year-old-deaf-niece
Thread by @UnlockTheNow: “Roy Allela’s six-year-old niece was born deaf. She found it difficult to communicate with her family, none of whom knew sign language. So Al […]”