NASA funds project to study feasibility of using robot bees to study Mars from a new perspective
NASA has announced that it has awarded funding to a combined team of researchers from the University of Alabama and an unnamed team in Japan for development of a new kind of Mars explorer. The project team has been awarded $125,000 to develop what NASA calls Marsbees: a swarm of robot bees that could fly in the thin Martian atmosphere and deliver information from their sensors.
https://phys.org/news/2018-04-nasa-funds-feasibility-robot-bees.html 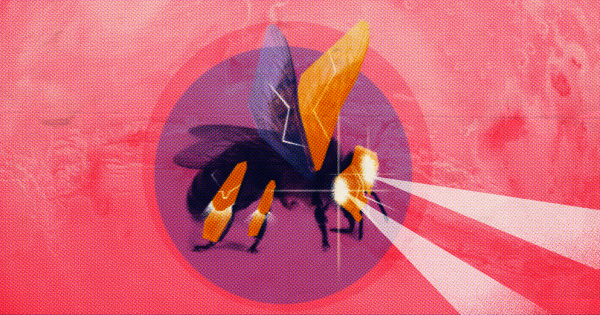 New NASA plan for Mars is moderately-terrifying-sounding, also, completely-awesome: Robotic. Bees.
Marsbees would be a swarm of “bumblebee size” flapping robots that could cover a far greater distance (with a lot less effort) than a rover could. But that doesn’t mean a rover would be left out: a rover would serve as a recharge station and main communications hub for the bees.
https://futurism.com/mars-robotic-bees-nasa/
(Header image courtesy NASA)